Sospeter Odeke Ojaamong is a Kenyan politician, a strong supporter and member of the ODM political party. He is the first and current governor for Busia County following his reelection in 2017. 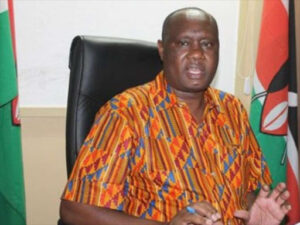 Sospeter was born on 29th May 1963 in Otimong village located in Teso South District in Busia County.

The  Busia Governor was raised by both his parents. His father is known as Ojamaa Ojaamong.

Sospeter Ojamong attended Kwang’amor Primary School in Busia where he finished in 1978. He then proceeded to St. Pauls’ Amakura High School before proceeding to campus.

Sospeter joined Kenyatta University where he graduated with a bachelor’s degree in education majoring in Biology and Chemistry. In addition, he has a postgraduate diploma in Business Management from the Kenya Institute of Management.

Before getting his bachelors degree in education, he worked as an untrained teacher in Obocuun Primary School. He later on, after getting his degree, went to work in Moding High School found in Teso North. Sospeter worked there for three years and was promoted to deputy principal during that period. 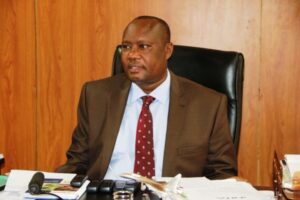 He made his debut into politics for the first time in 1992 but failed miserably. Ojaamong then worked as an administrator in a city law firm before becoming Raila Odinga’s Personal assistant until 2002.

He made another shot at politics and contested for Amagoro Constituency and became the Member of parliament. In 2013, he vied for Busia County Gubernatorial seat in 2013 and became the first governor for Busia County. He also acted as the assistant minister for labor and got reelected in 2017 general elections.

The Busia governor is said to have so many children outside his marriage and has many baby mamas. He divorced his first wife and is currently married to Judith Ojaamong who is a very humble and surprises many with her humble lifestyle. He has a daughter by the name Julianna and so many other kids outside his marriage.

The man has been caught and linked to women drama on several occasions. He was sued for allegedly sending his baby mama abusive and disrespectful messages and refusing to offer child support. Njagi Nyaboke released the messages concerning Ojaamong. 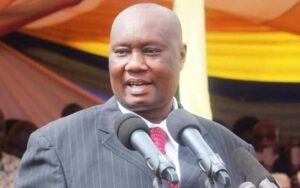 On October 2003, he was charged for allegedly assaulting his wife whom he later divorced. He was also on a public resources looting scandal and EACC searched his house among many other things before dismissing the claims.

He was also allegedly caught with another man’s wife in a lodging and paid her husband to shush the matter. Residents say he is fond of this behavior and this is not the first incident.