Raphael Tuju is a high-profile politician in Kenya. He is a member of the Jubilee political party, the current ruling party in Kenya. Tuju is an ex-politician who worked for top media houses as a journalist, producer and director. He did a lot of work in the media industry. He was and still is one of the most respected people and accumulated a lot of wealth.

His work has seen him get a lot of awards both nationally and internationally. Some of the awards are some of the most coveted in the industry as a whole. Arguably, he is one of the richest politicians judging from his wealth, house and his great lifestyle. This is proved by his children’s lifestyle.

Raphael Tuju was previously married to Ruth Akinyi and they had three kids, a son and two daughters. They have lived with their father after his divorce to Ruth. Unfortunately, Ruth is currently a street food vendor who is living a poor life. This is according to some reports and photos of her that were taken by many people. 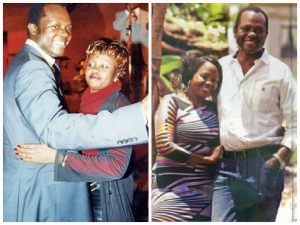 The children are very close to the father. They allegedly claim that their mother is mentally ill and deserves to be treated. Raphael’s house is one of a kind and one of the most lavish houses ever. It has the comforts of the wealthy including a pool and a waterfall outside the house. 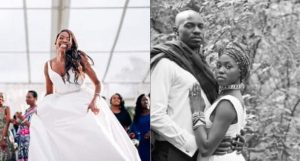 It is located in the suburbs of Karen Estate, where Tuju conducts most of his interviews and political meeting with various leaders. The mansion is more of a castle. This can be attributed to the great and powerful positions he has held in the government. He has also worked a lot over the years.

His political standings and opinions have landed him in the wrong side of critics. Although he remains one of the most respected people and also important in the Jubilee political party. Tuju is a very learned person and has a master’s degree in Mass Communications. The politician got it from the University of Leicester.