For years men dominated the global world in terms of wealth and fame. Over the years, however, women are taking over and bossing in all sectors. This involves riches with many of them making it in most industries and building wealth. They are inspiration for many women as many are expected to surpass the expectations. Below are some of the richest Kenyan women celebrities.

Akothee is a singer, social media influencer with over 6M followers and brand ambassador for many brands. The 43-year-old has also been among some of the controversial people in the country. She has, however, proved time and again how much she doesn’t care about what people think. Many say she acquired her wealth by dating and marrying rich white men. Akothee, however, has worked hard in her career too and come from so far. She is estimated to be worth $10 million. 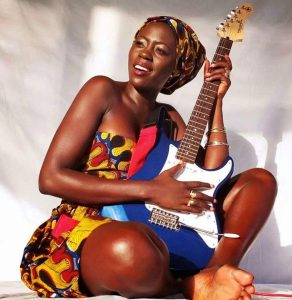 The Citizen TV presenter is indeed a bright face in the Kenyan media scenes. She has established herself in the media world and is no doubt very wealthy. In addition, her involvement with powerful people has built up to her reputation and wealth.

Way before her salvation, the singer was already getting the bag. Her current gospel music does make her a lot of money. Additionally, their former show with husband Dj Mo did gain them a lot of wealthy. She engages in other brand deals including advertising for which she is paid well.

One cannot deny the impact as well as her contribution to the general media. Amina is one of the most paid female presenters in Kenya. She has hosted a lot of shows in addition to her social media which has landed her deals. Amina is also an entrepreneur and has accumulated so much over the years.

The Kenyan media socialite although controversial, has made a lot of money in her business. With her amazing looks, influencing on social media for different brands brings in so much. Vera also has a beauty salon which has received so much praise and is definitely a fancy one. Although there have been rumors that she is broke, sources say she is still very rich and continues to flaunt her wealth. 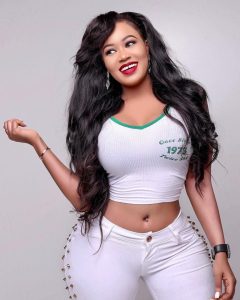 The gospel media personality, like all the others, has established herself in the industry. Her shows amongst other things she does has indeed earned her more than enough to live on for years.

The popularity and performance of her music says a lot. Adding unto other businesses she does and her huge social media following, she is at the top of the game.

Although she is Kenyan, most of her ventures and where she has lived is in other countries. Regardless, she is still a Kenyan female and probably tops all of those others in wealth. Lupita is from a rich family and with her talent in acting, she has amassed a lot of wealth.

Just like her counterpart Janet Mbugua, the screens love her and so does the money! Being in media for so many years, her salary is one of the highest in general amongst other ventures.

The preacher and her husband although controversial, are certainly very rich. From all their gospel ministries all over the world, Kathy ranks among the richest women in Kenya.

Tabitha deserves the top of the list as she is arguably the richest female in the country. With her entrepreneurship skills and her company, Tabitha has more than enough to run the whole country for a year!