Wilson Sossion has made quite the impact in the Kenyan education through his leadership in the Kenya National Union of Teachers (KNUT) where he is the secretary general. He has served the union for a long time now and has occasionally got into trouble with their employer TSC following his remarks as well as demands.

He is a very outspoken person who has never shied away from speaking his mind and defending teacher’s rights.
Wilson has, however, worked so hard to be where he is now as he came from a humble background. Sossion was born in 1969 in Pokot County. He was, however raised in Bomet County where he worked hard and joined Egerton University to pursue a bachelor’s Degree in education. 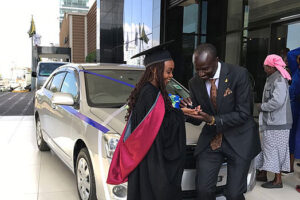 Sossion has a lot of experience as a teacher and has worked in so many top schools among them the popular Tenwek Boys and this is where he got the push by his fellow teachers to get into union politics. He pursued it and he is now a significant member in the union.

Wilson is a family man and loves to keep his family away from the public. Few know of the death of his first wife who passed on in an accident in. He got three kids from that marriage who are all grown up now. The first born called Rosemary Chepkorir is a University of Nairobi graduate who was gifted a car by her father. 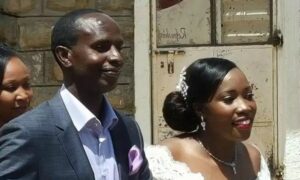 He recovered from that and is happily married to one Vivianne Kenduiywa. She is a nutritionist with a diploma in nutrition from the Kenyatta University. She currently works as a district nutrition officer in Garissa County. They married in a private wedding at the Attorney General’s office.
This took place on 28th December 2016 and since then the two have been happy together and living a lavish lifestyle. Claims emerged that they had separated due to unfaithfulness. He, however, came out and denied all of it threatening to sue for defaming his marriage.