Many celebrity lives before fame are the total opposite of their current lives. Most of them did odd jobs or minimum wage jobs which kept them afloat. This, however, did not hinder them from achieving their dreams and becoming rich. Below are some of the celebrities that worked as house helps before fame.

Bridget is one of the most popular Kenyan socialites. She is commonly known for her role in Nairobi diaries. Previously, she worked as a house help in Kibera. She opened up about her experience where she revealed how her employers were unkind to her. The lady of the house realized her husband was starting to like her. She was chased from work and had to do several other jobs to keep afloat. 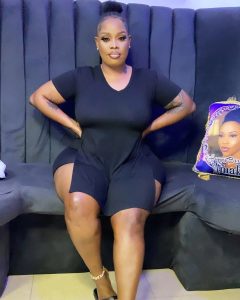 The gospel singer had no option but to be a help after form four. Her results were held by her school due to her pending fee balance. Gloria worked hard and cleared her debt in the school. She got her for four certificate and pursued a teaching course. The singer then released her first album in 2005. It did not push her to fame although she did not lose hope. In 2012, her hit song sitolia from her album made her a star.

Nyce Wanjeri is commonly known for her role as “Auntie Boss” where she was maid. This was her previous life after form four where she worked as a help. She lacked money for campus and lived with her cousin. Nyce, upon the advice of her cousin went to Kenya National Theatre to try acting. Although she had a rough start, she finally succeeded.

The famous singer was from a poor background and had to drop out of school in class 7. This then forced her to get in maid work. She finally realized her dream after working for so many years.