The thought of negative digital identity does not cross the minds of social media users nowadays. It is a mere side thought. When posting comments and information on social media, it can feel very immediate and may be fun. However, some of those posts may be public. This means anyone can find them in the future. It can be useful to take some time before posting anything to think about the implications of the post. This also applies when posting about yourself or about someone else. We all have the potential to affect our own and other people’s digital identities.
Several things can have a negative impact on our digital identities;

*Evidence of behavior that is considered unacceptable within your culture or society.
*Participation in illegal behavior or activity.
*Posting negative comments about your workplace or colleagues.
*Portraying attitudes or opinions that may be considered unacceptable.
*Behavior that could be thought of as online bullying or trolling. This means deliberately sowing discord through comments that are intended to provoke, annoy or bait people

*Not following the etiquette of a site or service.

As stated earlier, some of the choices that you make online can have long term consequences in the real world. This may include being arrested, getting fired from your job, being denied employment, losing your friends and family, inviting trolling and negativity in your life, being affected mentally among many others.
Choosing email addresses is an underrated activity people don’t take note of. There have been cases of people being denied employment because of their email addresses. If you are in the cooperate world, you need people to take you seriously. Similarly, if you’re seeking employment, choose an appropriate email preferably with your name. Email names tend to be with us for a long time so it does pay to think about this before you start signing up with an email service.

Many people, including celebrities have been affected by their previous online encounters. What you say online will stay there. As they say, “The internet never forgets”. This phrase is true and many careers have been ruined by this. Be sure to use your social media carefully. Controversy should not be attached to your name in the future. As much as this precaution is not taken seriously by people, it sure has ruined lives. Hence why more people should be told of the importance of negative digital identity.

Negative Effects Of ICT on Mental And Physical Health 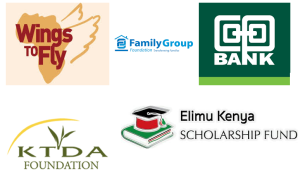 Bank Scholarships For KCPE Students You Should Apply To