Kenyans have moved to the world and recognized by their deeds. In politics, a young Kenyan living in the US is the talk of the town after Kenyans learnt she plays a key role in the Joe Biden presidential campaign. 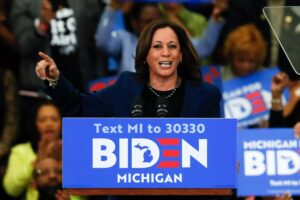 According to Biden’s campaign website, Ms. Esther Ongeri is the Director of Special Projects in the Biden 2020 campaign. She has served in the position since July. 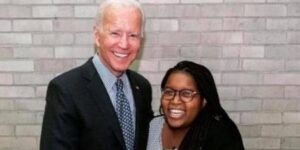 She is an alumnus of Saint Peter’s University in New Jersey.  She graduated with a Bachelor’s degree in political science and government in 2017.

Saint Peter’s University confirmed, ”In honor of tonight’s democratic debate, we are sharing a shot of our own Esther Ongeri. ’17 who is the assistant to the campaign manager for Joe Biden’s 2020 presidential campaign.”

According to her LinkedIn profile, the brilliant Kenyan was a staff assistant to New Jersey senator Robert Menendez between May 2016 and July 2017. 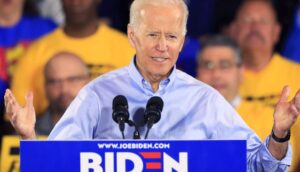 Ms. Ongeri started as an intern in the office of Senator Menendez between August 2015 to May 2016. She attained her high school diploma at Saint Dominic Academy in 2013 after joining the school in 2009.
In the November 3 US elections, former Vice President Joe Biden is seeking to unseat incumbent President Donald Trump and both are busy on the campaign trail.

Joe Biden gives Trump sleepless nights as he is his biggest political critic. Biden is also supported by former US President Barrack Obama who achieved much during his time as US President.

However her contributions to Biden’s  political campaign are yet to be revealed since elections are at the corner.