Martha Karua is a very active Kenyan politicians, one of the few women politicians in Kenya. She has been in the sector for so long although she has kept most of her life away from the public. Karua has been single for so many years and has dedicated herself to taking care of her kids. The NARC party leader, however, was previously married back in 1980. She is said to have been married to Dr Njoka. This was around the time when she was serving as a magistrate. It was around 1981 to 1987 where most people referred to her as the iron lady. This was long before joining politics and starting her own law firm called Marth Karua & Co.

Martha Karua relationship to the said Njoka is said to have ended in a bitter divorce. They were, however, blessed with two kids before the separation. Dr Njoka, who passed on a few years ago is said to have faced some issues after that. Karua started dating Justice GBM Kariuki but their relationship too ended bitterly in 2008. This was when the scandal started and Kariuki was arrested in connection to murder. 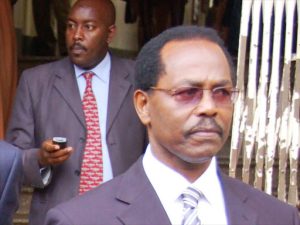 He was accused of stabbing Robert Karori when they got into a fight. This was after they got involved in an accident in Lower Kabete. The case was dismissed due to lack of evidence. The police working on the case said they were under pressure from the Justice Minister, Martha Karua, to lock him up. It was alleged that she was getting back at him for dumping him. He sued the state form damages and was awarded Ksh5 Million.