Polygamy in Africa or particularly Kenya is something that has existed for so long. It is accepted by many and is seen as one of the normal things even in modern society. A lot of popular and prominent people have adopted that including politicians. Below are some of them.

The COTU chair is said to have three wives, one of whom he married not so long ago. Mary Kilobi, the KTN TV presenter is the recent one married as the third wife to the surprise of many. 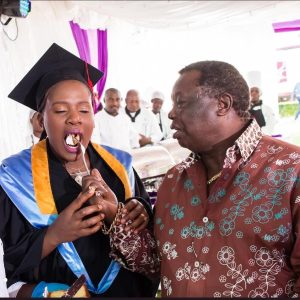 The Kakamega governor is proud of the wives and has always publicly acknowledged them. The two wives are Priscilla Oparanya and Caroline. During his campaign rallies, he told other politicians not to use that against him as he was proud of his status and there was no room for another wife.

The controversial yet bold MP is another proud polygamous politician with two wives. His wives live in the most lavish of houses and are treated well. Oscar Sudi also never fails to publicly acknowledge them. 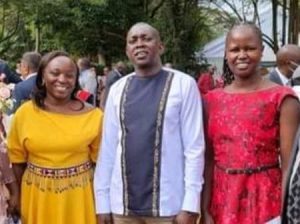 He showcased two of his wives during a public rally and was so proud of them. The politician happily added that the first wife was not there as she was expecting a child.