Charles Njagua Kanyi commonly known as Jaguar is a Kenyan politician, ex musician, entrepreneur and Member of Parliament for Starehe Constituency in Nairobi. 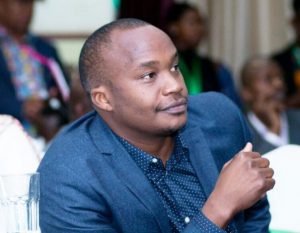 Charles’ age has remained unknown to date as he likes to keep most of his life private.

He was raised by a single mother amongst three children but unfortunately passed on when she was eleven years. she was the only living guardian until then. This prompted him to work and look for odd jobs so as to fend for himself and also complete his education. He did some touting work and received support from some friends and saw himself through high school.

Charles went to Magutiu Primary School where he finished in 1986 and later joined Senior Chief Koinange Secondary School. In 2015 he resumed his studies at Mt. Kenya University where he was studying a Bachelor’s Degree in Peace Studies and Conflict Management.

Njagua made his debut into the music scene in 2004, when he released his first single, Utaweza Kweli. He recorded it under Mandugu Digitali Records and was then later signed under one of the biggest records, Ogopa Deejays. His fame became apparent after the release of his song Kigeugeu in 2005 and he became a household name in the Kenyan Entertainment Industry. He then switched to Main Switch Productions in 2013 and made a lot of hit songs including Kipepeo and One Centimeter. He also collaborated with many artistes including Iyanya from Nigeria and Mafikizolo from South Africa

He became Starehe MP in 2017 using the Jubilee ticket after defeating big names like Steve Mbogo among many others. His nomination the year before was fierce and as he was battling Maina Kamanda in the Jubilee nominations. He was appointed by President Uhuru Kenyatta as the NACADA director and enjoys this luxurious position. 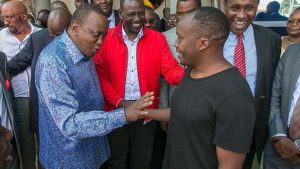 Charles Njagua has three kids, two girls and a girl with different baby mamas. Private photos of his wedding in South Africa were leaked and he is allegedly married. 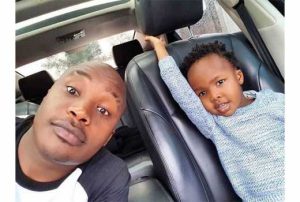 MCSK awards, 2013- Highest Earner in Royalties and most played artist

Five of Kenya’s Most Educated Musicians