Salim Swaleh is a Kenyan Swahili news anchor, producer and managing editor at NTV. His specialty is in the research of African affairs, politics and economics. Salim Swaleh is popularly known for his great mastery of the Swahili language that has attracted a lot of audience. His shift to NTV came as a surprise to many as he had established a good audience at Citizen TV. 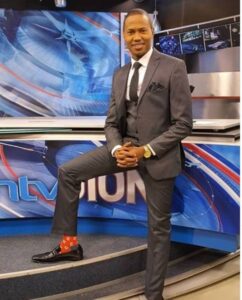 Swaleh attended Menengai High School for his secondary education. He is a proud owner a Bachelor’s degree in Mass Communication and Public Relations.

He was a radio presenter at Sauti ya Mwananchi where he did iconic interviews with top politicians and matters relating to the country’s economy. Salim also did some entertainment shows and news presenting. Salim Swaleh  became an International journalist at Islamic Republic of Iran Broadcasting (IRIB) in 2009. Besides working as a journalist in the international station, he was a radio presenter, special analyst on African news at Press TV which was an affiliate of IRIB. 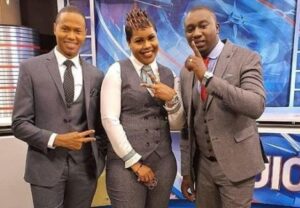 He then quit in 2016 after getting an opportunity at Citizen TV. He took over the Sunday Show from Lulu Hassan and Kanze Dena in Nipashe Jumapili. Salim worked there for two years before he went to NTV. There were a lot of rumors surrounding his move with many saying that he had been fired for taking bribes. He insisted that he had resigned.

Salim is happily married to one Sherry according to his post in 2017, where they had already spent seven years together and he was celebrating their anniversary. He also melted the hearts of many with the cute photos of their two children. 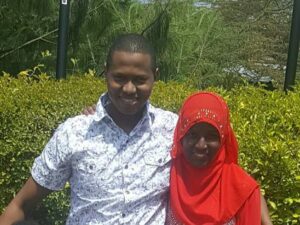 He is a top journalist whose approximate earning a month is KES 500,000 from his work in media.

There was a lot of speculation following his move from Citizen TV to NTV. There were rumors that he had allegedly recorded Secretary Karanja Kibicho saying negative things about Mike Sonko. He later shared the audio to Sonko who shared it to the press. He, however, came out to deny all that claiming that what he earned was enough and he did not need bribes. 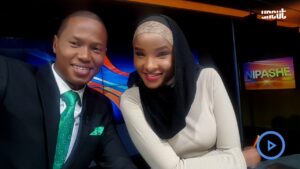