Celebrations ensued on Monday this week after the KCPE results were announced. Majority of the students were extremely happy with their results. This year recorded an increase in the overall performance as noted by the CS. The first students scored 428 marks with about 8000+ other students scoring 400 and above. Ryan Mwenda, who played the role of Simba in the show Zora, was among the candidates that sat for the exams. The star of the show that ended a few weeks ago on Citizen Tv has recorded good grades in his K.C.P.E results. He was a candidate in Riara Group of Schools. 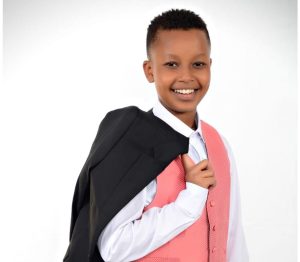 “Simba Zora” shared his results on social media a few hours after it was revealed. Ryan got straight A’s and only one B in Kiswahili. He did not mention the exact marks though. With his efforts in the entertainment industry Ryan Mwenda has proved that he is indeed talented and at the same time bright in school. He is among the many candidates happy with their scores and hoping to join high school soon.