A VICE channel investigative journalist who has finally uncovered the truth behind the mysterious death of bodies. The River Yala Bodies fiasco has been going on for a long time now. It still remains a huge mystery to many. Many social media users are angry at the government for not speaking up on the issue. Three more bodies were allegedly found Dumped in River Yala, bringing the total count to 29.

In an incident that happened a few weeks ago shocking many Kenyans countrywide. Locals from Yala called upon the inspector General of police along with the director of criminal investigations to conduct an investigation in order to find out who had been Dumping the bodies. However, according to the reports given by a reliable sources, it has been revealed that the deceased are majorly wanted suspects. They, for some reason have been involved in crime. It is alleged that most of them have previously been arrested by the police.

According to these alleged reports given by some sources in the area, it has been revealed that one of the officers who has been carrying out this Murders. The source says that they are often called upon to deal with the increasing number of criminals. They are brutal with them because he claims they often don’t show mercy to their victims. 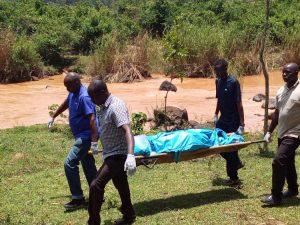 The man whose name has been withheld, added that most of these people are Notorious criminals who have a long history in crime. For him, he said that they often do this in order to make sure that they protect common citizens in the country.

This is coming at a time when the Spokesperson of the National Police Service Bruno Shioso, has claimed that the government does not have any type of hit squad. Further, anyone who claims that there is a hit squad in Kenya should come out and prove it.