Carrying out a successful heist in real life is hard, not like in the movies. There are, however, legends who have managed to carry the heists out. They did not just carry them out, but did it so impressively using genius ways. Below are top 10 most successful heists in history. 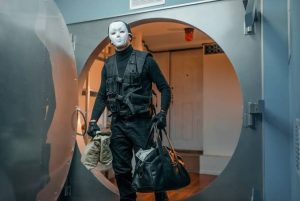 A gang posing as landscapers robbed $70 million from a vault on August 6, 2005. They spent three months digging a tunnel about 256 feet which led to the bank. This happened at the Banco Central Branch in Brazil.

This heist happened at the Heathrow International Trading Center in London. On 26th November 1983, A Gang by the name Much of the gang stole 26 million Pounds worth of gold bullion, diamonds and cash from a warehouse. Although the gold has never been recovered, they were charged and sentenced.

On the evening of 21st February 2006, the culprits started with a kidnapping. They ended their heist on the morning of February 22nd  leaving with 53 million pounds of cash. This happened at Tonbridge Kent, England.

A gang posed as officials and got into the homes of two managers. The managers were instructed to go to work as usual. In addition, they were told that at the end of business hours, they were to let the officials in. They swindled $41 million from the Northern Bank. Till this day, the matter has not been solved.

A note said to have been signed by Saddam Hussein was handed instructing that $920 million be withdrawn from the bank. The money was to be given to his son Qusay. Only about $650 million was recovered.

During the Lebanon Civil War, there was a group associated with the Palestinian Liberation. They blasted through the bank’s walls through the church next door. They made away with $50 million worth of cash and gold.

An Italian criminal Valerio Viccei carried out this heist stealing $97 million. Valerio was implicated in over 50 countries throughout his lifetime for robberies.

It was carried out by guards who worked at the bank. They were allegedly connected to militia in the area in 2007 and stole $280 million. The Iraq interior minister came forward to reveal these details after the incident.

A gang of 15 robbers swindled 2.6 million pounds from a train heading to London from Glasgow. They put up track signals to stop the train when it was in a remote location. The conductor was overpowered and they stole from the train.

A regional safety instructor is said to have recruited his childhood friends. They ambushed guards at a cash drop vault and stole $18.9 million. Till this day, half of the cash is yet to be found or accounted for.

1 thought on “Top 10 Most Succesful Heists In History”