Becoming a drug lord takes a lot of skill and effort. Becoming among the richest drug lords is even harder, without landing in prison. The following drug lords have gone down in history as GOATED and richest.

He is estimated to be about $10 billion in net worth. Semion is 74 years old and is rumored to be living in Moscow with his three kids. Mogivelich runs a lot of mafia syndicates and is among the top mafia bosses. His involvement in murder, extortion and trafficking is not something new to people. He mainly runs Russian mafias.

Pablo Escobar is one of the most popular criminals in history. In addition, he is also the riches estimated to be about $33.91 billion. He is also popularly known as the “King of Cocaine”. At the time of his death, his net worth was as stated above. It has, however, grown over the years and he is worth $64 billion as of 2021. 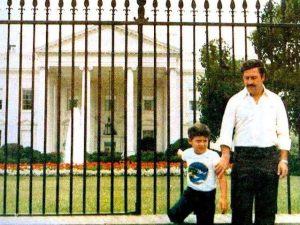 Amado became rich after killing his mafia boss Rafael Aguilar Guajardo. This gained him his power and money and he became the leader of the Juarez Cartel. He passed away in 1997 while undergoing an operation to change his appearance. He was estimated to be worth $28.26 billion.

El Chapo is a popular former mafia boss of the Sinaloa Cartel. Although he is currently serving a sentence in the US, he is about $3 Billion worth of wealth. This, however, is not the actual figure and he is said to have even more. He was the biggest drug trafficker in 2009 and entered the Forbes list of world’s richest men.

Ibrahim is an Indian drug lord declared wanted since 1993. He still is in the top 5 world’s most wanted fugitives. His net worth is $7.57 billion and allegedly owns a Mumbai syndicate founded in the 1970s.

The three brothers, Jorge Luis Ochoa Vasquez, Juan David and Fabio Ochoa are the founders of the Medellin cartel. Jorge Luis surrendered in 1991. They are estimated to be $6.78 rich.

With a net worth of $5.65 billion, he was one of bosses of the Medellin Cartel. He was included in the forbes list of billionaires in 1988. Unfortunately, he was killed in 1989 in a gun fire with his 17 year old son.

The Chinese “Opium King” ranks as one of the most successful drug lords. He, however, retired in 1996 and lived eleven years until his death. His children lead a wealthy life in Myanmar as rich businessmen. He was worth $5.65 billion. 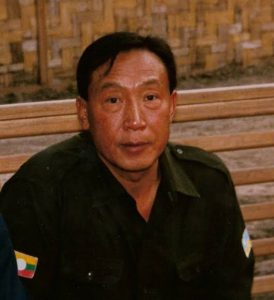 Gilberto Rodriguez Orejuela was the Colombian Cali Cartel leader currently serving a 30-year sentence in the US. His brother is also serving sentence in Pennsylvania. He is worth $3.39 billion.

Carlos is the co-founder of the Medellin cartel. He is known for smuggling drugs on an island in the Bahamas. In addition, he was one of Pablo Escobar partner In crime. He is worth $3.05 billion.

Top Ten Most Dangerous Prisons in The World