Recent political events have landed Uhuru Kenyatta on the bad side of the Mount Kenya people. Cate Waruguru has riled up a group of people from the Mount Kenya Region. She wants them to tell him the plain truth ahead of the August elections which are not far away. Waruguru now want the president to know that they are tired of him and do not need help from the Kenyatta family anymore. 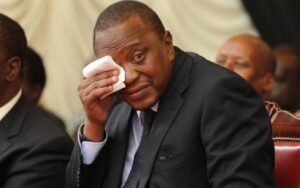 In a meeting to the press, Cate told Uhuru Kenyatta that they will not be joining him. If he wants to go with Raila Odinga and has joined the Illuminati he should do so himself. In addition, they are going to stop him from taking the good people of their region to his hole. Speaking for the people of Mount Kenya, she added that he should worship the devil alone and they will not allow him to make decisions for him. 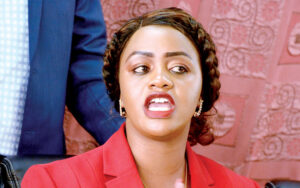 This is bad news to Uhuru Kenyatta and his counterpart Raila Odinga. Their bid to unite the entire Mountain region Kenya against William Ruto is failing terribly. Despite recent events, the people of Mount Kenya are not siding with the Azimio side.