Moses Wetangula is a prominent and influential politician not only in the Western Region but also in nationally and an important member in the NASA coalition. He has served in several government positions including government sectors. He was the foreign affairs minister as well as the minister for trade. In addition, he served as an MP hence the great amount of power he has acquired. 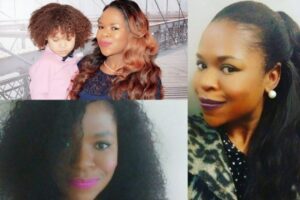 The politician, despite his big positions and public life, he managed to keep his life away from the limelight, especially his family. His daughter and wife was not known to the public until rumors started circulating online that he was violent towards his wife Ann Waceke.
This as usual lead to many of the people searching for small details of his life hence uncovered his two stunning daughters. One daughter in particular stood out as she was very social, has numerous pictures as well as the fabulous life of a politician’s daughter. 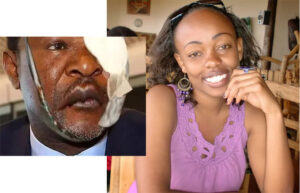 Sheila is her name and is currently in Stockholm in Sweden. She has a cute biracial son named Raoule Castillo who has a white dad that is still unknown to many. This caught the attention of many netizens as she is very beautiful as well as living a very good life.
The other daughter is called Tamara and has distanced herself from the limelight. Tamara has keept her life as private as she can. She, however, has a few photos although she prefers not being in the public eye. Many of the people agreed on one thing that the two are stunningly beautiful and take after their pretty mother.

Wetangula is a strong NASA supporter whose leadership has drawn a lot of inspiration. He is very active in politics although the political affiliations have seen him land in trouble a few times.