Inheritance in marriages after the passing of someone has always been an issue. In the recent years and laws, a partner can choose to disinherit his kids and partner if he wishes and give it to anyone. This, however, is not a new phenomenon as it has occurred quite a few times in the past. One such incident is of the late Cabinet Minister who abandoned his four wives as he was nearing his death. As he was closer to his death, he left all his four wives and settled on the househelp.

In addition, he removed them from the will and left all of it to the househelp. Fred Kubai is a former freedom fighter that is talked about in every fight for independence. He was among the six Mau Mau Freedom fighters captured and detained in 1952. Before he passed on in 1996, he fell in love with Christina Gakuhi, his househelp. He drafted two handwritten wills in it and disowned all of his partners. Fred bestowed her with the power to carry on his will. What he did shocked many people and his wives did not expect it. The burial was conducted and attended by few family members. 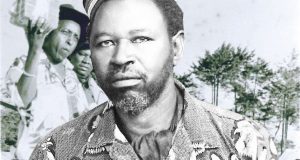 Although some incidents are more public than others, these incidents continue to happen. Not only are they happening now but they have been for a while. This is just an isolated incident and many more happen behind closed doors.