Zubeidah Kananu Koome is a Kenyan Swahili presenter and reporter at KTN. She is known for her infectious smile which has attracted many. Zubeidah is one of the most popular KTN presenters and has been there for a long time. 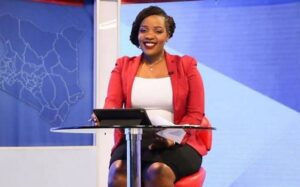 She was born on 24th November in Meru County. Zubeidah also grew up in the same county.

The only known family of Zubeidah is her grandmother who passed away. She revealed this in a social media post and got condolences from a lot of people.

Zubeidah went to Kenya school of Professional Studies, Shang’ Tao Media Arts College and Crossword Institute and graduated with a Diploma in Journalism. She then attended the Africa Nazarene University where she studied peace and conflict resolution studies and graduated with a Masters.

Kananu started her career in January 2007 where she was an intern at KTN for three months. After her intern, she signed a one year contract and in 2009, she became a permanent reporter at KTN. After sometime, she was promoted to senior reporter. In 2012, she became a political news anchor and she host KTN Leo. The presenter has been loved by many since her early days as she is a cheerful presenter and always keeps the news lively.

She is happily married to Kelvin Koome since 2009 and the two are blessed with two kids. Koome gave birth to her second baby on February 14th 2018 and this was happily welcomed by many. Robert Alai, a blogger, came up with a rumor that she was having an affair with South Sudan President, Salva Kirr after she was captured comfortable with him in a city although This later came to be confirmed as a malicious rumor and she was just having an interview with him. 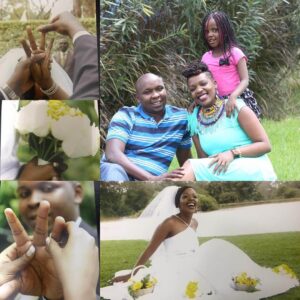