Is this the man Kenyans have been waiting for to take out the dynasties? At only 27 years old, Omwoyo Maranga Simeon has joined the presidential race with an aim of taking over from Uhuru Kenyatta and liberating Kenyans. So far, he is the youngest candidate in the running for Kenya’s top seat. So who is Omwoyo Maranga? What is he all about? 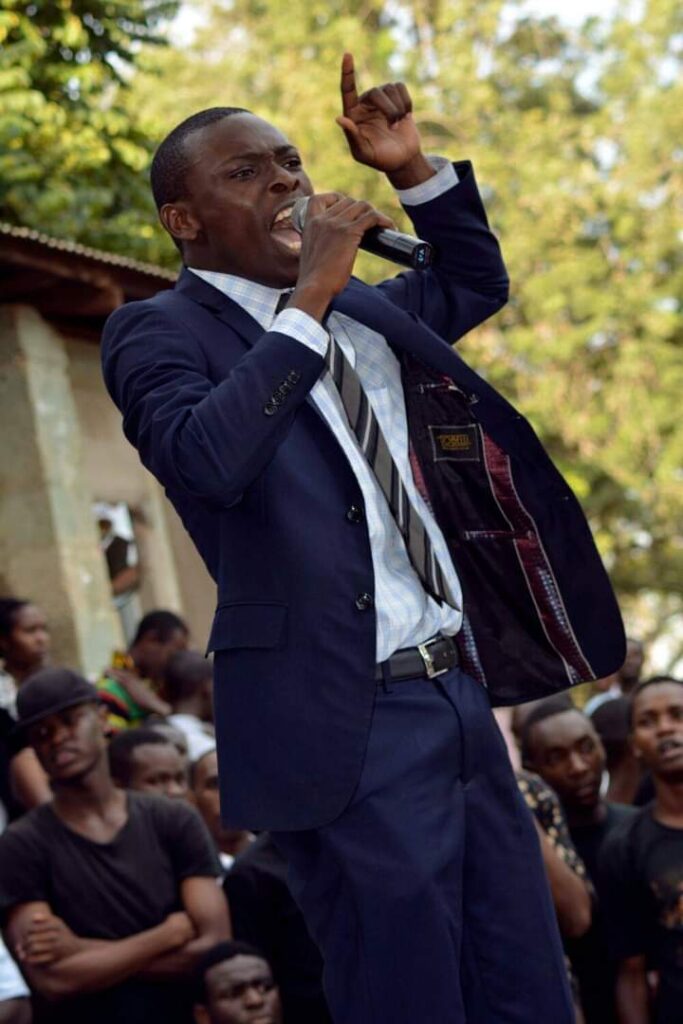 In an exclusive interview with Elitezone, Omwoyo gave out details about his life and why he believes he is fit to be the 5th President of the Republic of Kenya

The ambitious young man was born in Tabaka Hospital to Romano and Marion Omwoyo. He is the first born in a family of 5 children. He grew up in Nyaribari Masaba, Ikenye sub location.

Omwoyo Maranga joined the politics scene while still in campus. He was involved in active politics which he managed to juggle as he studied. He is president emeritus of Multimedia University Student Association (MMUKSA) serving 2016-2017. Maranga currently works as a data analyst.

Omwoyo Maranga is president of Vijana Economic Front (VEF). The movement profile describes itself as a youthful front aimed at economic emancipation of the Kenyan youth, promoting youth involvement in governance and cohesion. It is through this movement throwing himself into the Presidency waters.

Omwoyo Maranga runs with the slogan of ‘Bringing Back Money to the People’.

“I would wish to first solve the issue of unemployment. This is ravaging my fellow youth graduating from schools, universities, colleges, and polytechnics. We will empower the private sector to create jobs by lowering taxes and lowering cost of power especially for industrial investors.” Opined Maranga

He also wishes to have five techno-cities that will make Kenya a continental hub of investment. 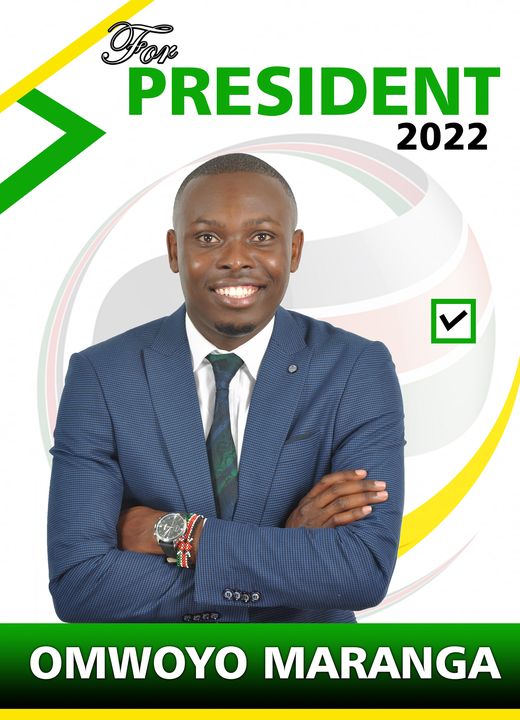 Empower the boy and his girl by giving both decent employment that is dignified.

Solve the transport menace in the capital city at the presidency level.

“We want to make Kenya the business destination of Africa. Yes we can attract tourists with our buffalos but we must now move into an era of attracting Toyota, BMW, Microsoft, Apple and big pharma companies to set industries in our country.” Said the vibrant VEF President.

As Kenya marks 58 years of independence this year, the big question is if the country has achieved the dreams of our forefathers. Is Kenya making steps in the right direction? Driving change starts by voting in the right leaders. Be part of the change.

Feel free to leave your thoughts and questions to Omwoyo Maranga through the comment section below.