Paul Ongili Owino, popularly known as Babu Owino is a Kenyan politician. He is the current Member of Parliament for Embakasi East.

Paul was born in a poor background in Nyalenda Village, Kondele. Unfortunately, his father passed on at an early age. His mother was a brewer in Kisumu, and the family struggled a lot after his passing.

The politician then decided to obtain a diploma at the Millennium Academy. Later on, he proceeded to Nairobi University, where he graduated with a diploma in actuarial science. He also got an additional law degree from the same university.

During his stay at Nairobi University, he was a student sensation in university leadership and elections. He was a SONU leader who led a lot of student riots and fought for students’ rights. In addition to his two degrees, Babu Owino has six diplomas, namely;

He debuted his political career by vying as Westland’s member of parliament. Paul lost the seat the first time but vied again in the next elections as Embakasi East MP. This time he won the elections and has since retained his seat. He has a lot of political ambitions, including becoming Kenya’s president. Ongili was recently reelected as Embakasi East MP.

The controversial politician is married to Fridah Muthoni and blessed with two kids. He completely adores his wife and has praises her on several occasions. 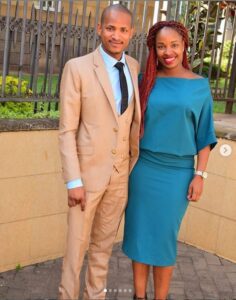 Babu is popularly known for his witty humor and political speeches. In the past, he has uttered what people thought were hateful comments which got him a lot of backlash. Babu Owino, however, is still very controversial and says exactly what he thinks at any point in time.

His most controversial moment was when he shot a Dj named Dj Evolve at a club. CCTV footage revealed very graphic images of the events that night. The politician was arrested but was released later on released. This event caused a lot of uproar from Citizens who always bring it up to get justice for the Dj.