Societal expectations are that men marry women younger than them. This has been the “expected” standard although it is being shunned by the new generation. Below are some of the few Kenyan celebrities who have gone against the norm and married much older women.

Allan is a popular and respected investigative journalist. He is married to one Sheena Makena who is three years older than him. The two lovebirds first met in university. However, they did not start dating until after Namu went to work as an intern at KTN. Sheena was already an editor in the station. The two revealed that they rarely think about their age gap. 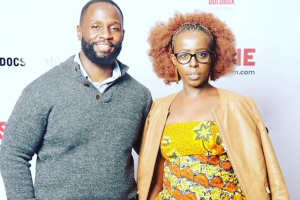 Bahati and his wife Diana Marua are definitely the most popular power age gap couple. Although they are just two years apart, the singer revealed that he loves his wife’s age. Adding that, he always had plans to marry someone much older than him to avoid stress. The couple always light up social media conversations surrounding their marriage.

After the musician took to social media to announce his girlfriend, people went in a frenzy. Guardian Angel is dating Esther Musila and it led to a lot of people criticizing him. This, however, has not hindered their relationship as they are still thriving. He said he doesn’t mind the age difference as long as there is love. 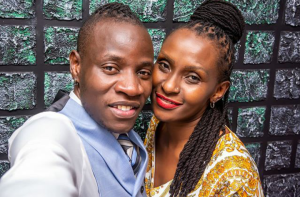 The pastor is definitely happy with his wife. Although there isn’t much about them in the public, he is constantly praising his wife. Their marriage is still thriving years later.

Although he is currently married to a much younger woman, Peter early on married Wambui Otieno. She was a former freedom fighter that was a whooping 42 years older than him. Unfortunately, she passed away in 2011.