Jimmy Wanjigi is undoubtedly one of the richest people in Kenya who can fit in the category of Movers and Shakers of the nation. His immense wealth and connections have placed him at the center of key political moves and business at large. Jimmy Wanjigi’s father Maina Wanjigi served as a cabinet secretary during the Moi regime. Their lifestyle is nothing short of a dream. 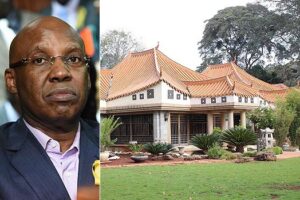 A few facts about this billionaire can leave you surprised and in admiration. His children study at Institute Le Rosey located in Geneva Switzerland. The school which is considered to be one of the most expensive in the world demands tens of millions as fees per year.

Jimmy Wanjigi owns a range of Companies including the Kwacha group which belonged to his father. He worked in the Company for the longest time before rising to fame and success.

Jimmy has grown from an ordinary working man to an international business tycoon with elite ties and immense wealth. 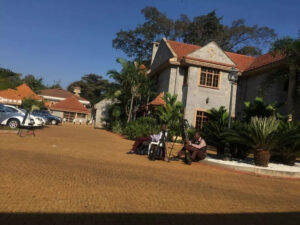 One of his assets is his house located at 44 Muthaiga Road, a suburban area in Nairobi. The house is found near the US ambassador’s residence and needless to say, it is valued at millions. The house came to the limelight during a police raid at his house in 2017. 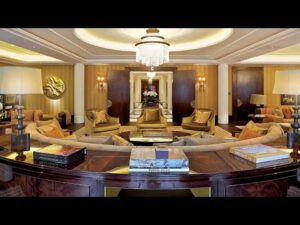 The roofing has a Thai theme which looks very exquisite and unique and stands out. At the entrance, 4 lion sculptures stand welcoming any guest with a homely yet expensive feeling. 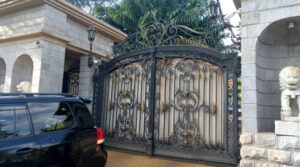 The house located Muthaiga is adorned with some of the most expensive décor some of which are exquisite. Inside the house the décor and sofas have gold and shades of brown theme.

There is a heated swimming pool, top notch security, a bunker and a helipad and that only tells you the man owns helicopters which land there. The parking lot is filled with several high end and expensive cars. 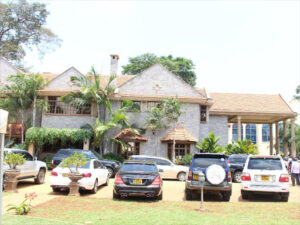 Jimmy has also invested in his ecurity a great deal. Apart from the security guards, every inch of his compound if filled with CCTv cameras. The house also has a bunker which the police were unable to penetrate in 2017. 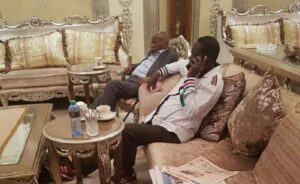 According to Jimmy Wanjigi, Uhuru and Ruto formed the Government in 2013 from the same house. The home also served as a meeting and strategizing point for Raila and his team in 2017.