There are brilliant minds in history that have managed to carry out successful heists in illegal ways. Although some have been caught, they still are the richest people who used genius means to steal cash. Below are the top ten brilliant people in history that stole billions of money; 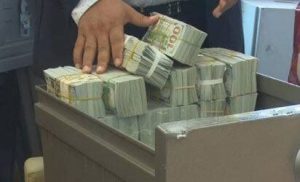 Bernard Lawrence Madoff was an American fraudster and financier who ran the largest Ponzi scheme in history. They stole an estimate of close to $64.8 billion. He was at one time chairman of the NASDAQ stock exchange.

General Sani Abacha reportedly stole between $5-$10billion in his five years of governing Nigeria. Few have been recovered but bulks remain missing.

Ben created laws that companies needed permission to invest and trade. This, however, allowed him to shut competition out whilst letting 220 family businesses monopolize numerous industries. The Ben Ali family amassed US$13 billion.

He was the CEO of Enron. There was serious misrepresentation in earnings reports. This was in addition to a fake energy crises and serious embezzlement of retirement funds. It was carried out by executives of the company. Over $11 billion was embezzled.

Former Philippines President Ferdinand Marcos was a greedy man. He is widely believed to have taken between US$5 billion and US$10 billion, through government loans, bribes, embezzlement. Additionally, he took over private companies and did outright theft.

The Iraq’s dictator took money the easy way. He sent his son and personal assistant with a hand-written note to the bank’s governor, telling him to hand over $920 million.

Reports show that $487.5 million in cash and properties has been traced to the former oil minister. It was established by the anti-graft agency. She is 8th on the list because their isn’t a full estimate the amount stolen. It is, however, was close to a billion $.

Russian cyberthief was responsible for “spyEye ” which, unfortunately, infected more than 1.4 million computers. It collected bank accounts, credit card numbers and passwords. Reports shows he stole close to a billion $.

Fujimori allegedly embezzled US$600 million in public funds. He used it to bribe politicians, judges and the media.

In 2014, the US Department of Justice seized US$30 million worth of assets. French authorities found him guilty of embezzlement confiscated his assets $35 million in 2017. He allegedly stole close to $500 million.

Top 10 Most Succesful Heists In History