City lawyer Abdullahi Ahmednasir is a renowned Kenyan legal practitioner, publisher and newspaper columnist, he writes for Nairobi Law Monthly. He is known by many as ‘Grand Mullah’ a nickname which the former chief justice Willy Mutunga gave him. 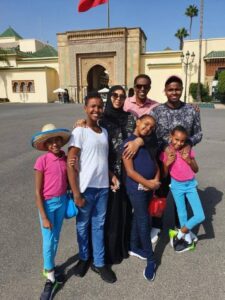 Ahmednasir was born and raised in Mandera where he attended Mandera Primary school. He then joined Nairobi School for his secondary education before proceeding to the University of Nairobi. The renowned lawyer then joined the Kenya School of law and later Cornell University in New York. He chaired the Law Society of Kenya in 2003-2005. He was also the chairman of the Kenya Anti-Corruption Commission Advisory Board. 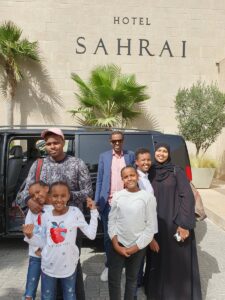 Although many people known lawyer Ahmednasir as a tough and aggressive man, very few people know that behind the scenes, he is a soft and loving husband and father. His wife is an IT graduate from Middlesex University but prefers to be a stay at home mum. 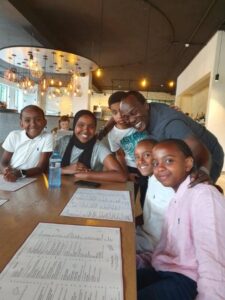 The two lovebirds are blessed with 4 children and the father is never reluctant to share their photos on social media. Among the 4 children, Abdullahi has a set of very beautiful twin daughters.

In an interview with a local blog, lawyer abdullahi ahmednasir describes himself as a good husband and father because of his understanding nature and time he dedicates to family. 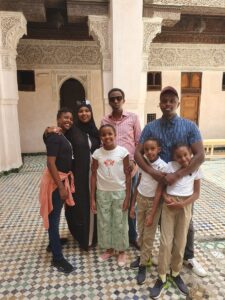 Even though he is Muslim, the lawyer does not wish to marry a second wife. He loves his family as it is.

Abdullahi Ahmednasir has offered his services to big corporations including the world Bank, the UN agency and other big Kenyan NGOs.